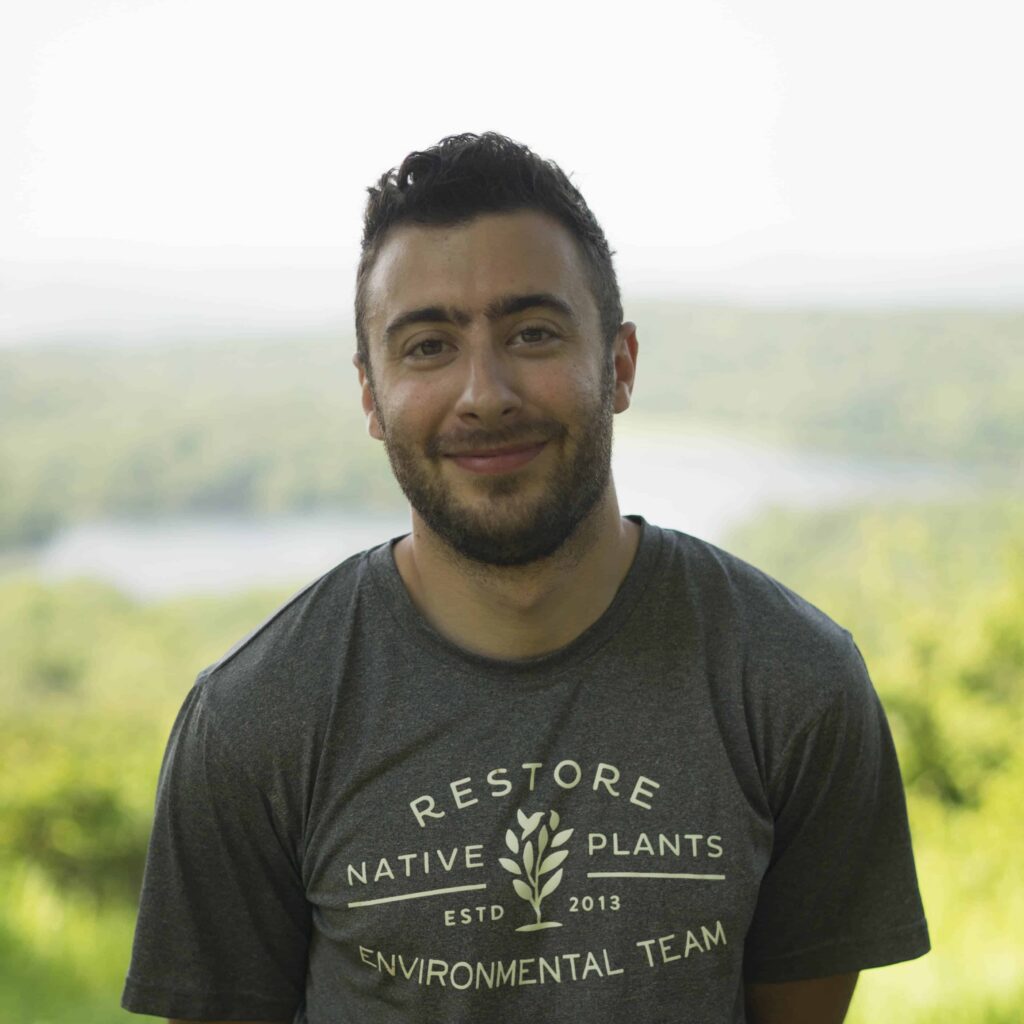 Jayson Hajek attended Clarkson University from 2007-2013, receiving a B.S. Degree in Biology with Distinction and a Masters Degree in Basic Science, with a concentration in Wildlife Conservation.

To date, Jayson has assisted in the identification of 25 threatened and endangered wildlife species. These species were reported to the NJDEP to enhance their protection in local areas. As an avid birder, Jayson has also identified and cataloged over 100 local and migrating bird species. Knowing what bird species call the area home has been crucial in the team’s native plant selection, ensuring that selected species provide the greatest habitat and food sources.

To combat the loss of the monarch butterfly, Jayson has co-directed a milkweed for monarchs initiative, which focuses on the growth and restoration of the milkweed plant–the only plant monarch butterflies use to lay their eggs. Over the past 5 years, he has also helped organize 11 state park cleanups, removing oil drums, car parts, discarded appliances, and over 689 bags of trash from the Ramapo Mountain area.

In December 2015, Jayson was awarded the Bergen County Audubon Society Harold Feinberg Conservation Award. This award is presented annually to an individual who demonstrates a commitment to conservation and bettering the environment for both wildlife and the local community.

Since the formation of Restore Native Plants Team, Jayson has helped lead the way for the team’s success, inheriting a wealth of knowledge about plant and wildlife identification along the way. To date, Jayson has helped to identify 25 state endangered plant and animal species, as well as over 100 species of local songbirds. In addition, he has become highly proficient with plant propagation techniques, and has used this knowledge to assist in the propagation of over 3,000 milkweed seedlings to be distributed for use in local butterfly gardens.